You are entering The Animal's Lair

Are you ready to ROCK with The Animal? 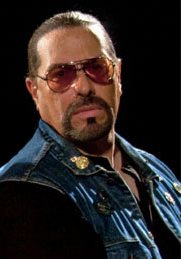 Mark Mendoza is the bassist of the American heavy metal band, Twisted Sister.  He joined the band on December 10, 1978, after he left The Dictators.  Mark played the bass guitar on all of Twisted Sister's major label releases.  After dominating early MTV with albums like Under the Blade and Stay Hungry, the band took an extended hiatus when Mendoza joined a southern rock outfit know as Blackfoot.
Twisted Sister has since returned to touring and released a Christmas album in addition to touring throughout the world.
Mark enjoys performing to support many worthy charities and he jams regularly with a local band called Joe Rock and the All Stars, on Long Island, New York USA.  Come out and see him live.
Connect with Mark Mendoza on Facebook to get the latest news and fan-appreciation event updates coming in 2015. 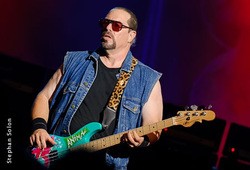 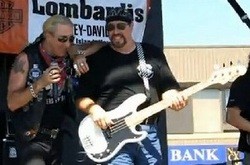 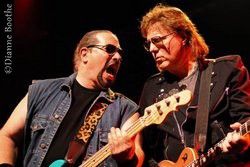